When discussing the Internet of Things (IoT), it is important to consider the massive amount of data that is being generated in today’s technological landscape. Experts are now saying that 35 to 50 billion objects will be connected to the cloud by the year 2020, just a few years from now.

It’s also important to consider that 90% of the data present within IoT has only been generated in the past few years. That’s an impressive statistic, but not surprising considering modern technological advancements and norms.

All of us carry cell phones equipped with multiple applications, and many of us have laptops and tablets creating data as well. Furthermore, even our vehicles and the cameras onboard are generating data. This abundance of data is transformational not only for security, but also as a means to help manage and build real-time intelligence for organizations, schools, smart buildings and smart cities.

An overwhelming majority of the data present in the IoT is being created by social media activity. Since almost everybody carries a cell phone, it has become common for the first person to actually witness an event to capture video and still images through texting, tweeting or Snapchatting the incident. For instance, if a car accident occurs, witnesses will take a picture or videos of what happened. The images that are captured carry metadata, telling the cloud where you are located and what time it is.

Law enforcement understands this trend and, as a result, is now beginning to use social media data as an important tool across multiple agencies. In the past, it was understood that a 911 operator would be the first to be notified of something happening—whether it be a health emergency, a robbery, or a natural disaster. Today, social media data actually is out-running those 911 calls because there are already groups of people that are seeing a situation unfold in real-time and creating their own metadata on the incident. That information is the data that people are now able to leverage and use — if they have the ability to make sense of that data.

The Vidsys platform allows individuals to pull in big data from social media and other IoT devices and correlates the data – essentially making sense of the noise – in order to create a clear and efficient response plan. Our technology helps organizations and smart cities by providing actionable information to help them make critical decisions when it matters the most. 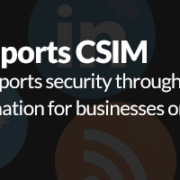 Why Social Media Is Key To Creating A Converged Security Platform 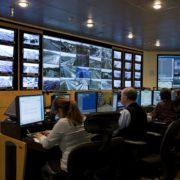 Smarter, Better, Faster: Where Smart Cities Are Headed by 2020 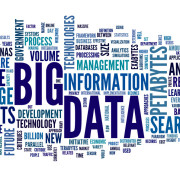 Why Data Correlation Is Essential To Big Data 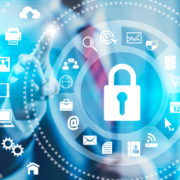 Breaking Down The Top Trend In Security For 2016

Vidsys CSIM Secured Asia-Pacific Economic Cooperation Summit In Lima, Peru
WordPress Image Lightbox Plugin
We use cookies to offer you a better user experience, analyze site traffic, and store preferences. Read about how we use cookies, your privacy rights, and our data practices in our privacy policy. By using this site you acknowledge our use of cookies. You can manage your cookie preferences by going to cookie settings.Accept
Scroll to top