Below is an article by our Founder and CEO James Chong, that was featured on Security Info Watch online in advance of his talk at the Secured Cities conference this month. James will be joined by Julie Stroup, the City of Houston’s Public Safety Video Initiative Program Director, for a session entitled “How Sensor Data Will Shape Smart Cities” on Tuesday, November 15 at 2:00 pm. For registration information to attend this session and the 45 other informative panels, go to www.securedcities.com.

The Future is Here

According to a 2016 research report, the Smart Cities Market is expected to be worth $757.74 billion by 2020. Smart Cities are already taking over the globe, particularly in the Middle East where cities are being built from the ground up, providing a greenfield of opportunity to architect smart city technology into the base of new developments. Dubai, for instance, has implemented a smart city strategy which has engaged builders, government officials, and security platforms in order to support numerous facets of smart technology. Real estate developers such as Emaar Properties build “smart” into their building infrastructures, major developments, and communities, helping to shape the city in the process.

The United States is not far behind. In the last year, the White House has implemented a Smart Cities Initiative, beginning with a Smart City Challenge. The purpose of the program is to motivate cities across the country to improve their current structures in areas such as traffic management, through installing smart screens and cameras in public metro areas to make commutes easier and safer for residents. The Smart Cities Initiative will invest more than $160 million dollars into federal research, with the ultimate goal of promoting economic growth.

As discussions around the future of Smart Cities are on the rise, a major component of this movement is security. Sixty-eight percent of businesses are already using Internet of Things (IoT) applications so that technology is already in place and available for businesses and developers to gather and make the most of the data.

Let’s explore what really makes a city smart and how the security market can benefit from this transformation. When looking toward the future of Smart and Safe Cities, here are four trends that we see coming to fruition by the year 2020. 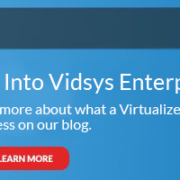 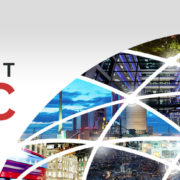 Social Media’s Important Role in the Internet of Things 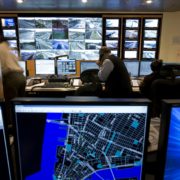 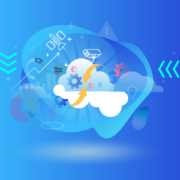 Vidsys Expands Team and Further Invests To Support International Expansion The Next Evolution of PSIM for Smart Cities
WordPress Image Lightbox Plugin
We use cookies to offer you a better user experience, analyze site traffic, and store preferences. Read about how we use cookies, your privacy rights, and our data practices in our privacy policy. By using this site you acknowledge our use of cookies. You can manage your cookie preferences by going to cookie settings.Accept
Scroll to top