Imagine you are in charge of the day-to-day security operations for your company. You are responsible for overseeing a team of security officers, each of whom is equipped with a body camera. As the officers do their rounds, the bodycam collects video feed from the vicinity and sends it back to you in the Security Operations Center (SOC).

One day, while one of your team’s officers is out on patrol, his camera picks up a familiar face. After analyzing data received from both the physical camera feed and the company’s employee database, your intelligent security software identifies the visitor as a former employee. The software automatically creates an alert in the Security Operations Center. This alert provides information about the former employee, including details about their recent involvement in some criminal activity, and some threatening comments about your company that have recently been posted to their social media accounts. 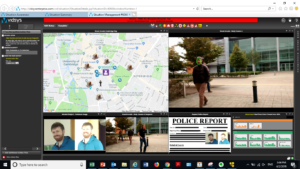 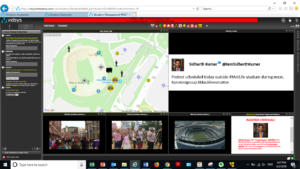 The information gives you more insight into the ex-employee’s visit. With this valuable knowledge in hand, you infer that the former employee may have a malicious motivation for returning to the office. The alert provided by your enterprise security software also contains an automated action plan, allowing you to quickly respond to the potential danger. You immediately contact the nearest security officer and update her on the situation. Within a few minutes, she has successfully tracked down the suspect and apprehended them for further questioning. You have successfully avoided what could have been a major security breach.

Now imagine you are tasked with actively monitoring a large sporting event. Your enterprise security software picks up an RSS or social media alert about a protest that is getting underway near the stadium. The alert informs you that a local group is organizing the protest. You run a keyword search against the software’s vast external database-pool and discover a document on the organization’s website that details the group leader’s extremist rhetoric and possible involvement in a recent bombing attempt. This information indicates that the protest could be a ploy for terrorist activity. You inform your supervisor of the threat and get in touch with on-the-ground security staff. Using the security software’s facial recognition capability, you identify the last-known location of the suspect – just a few yards away from the stadium. You communicate this information to mobile responders who quickly spot and apprehend the suspect, eliminating the imminent threat.

The technology behind these scenarios is made possible through a joint security solution developed by Vidsys and Micro Focus. Vidsys’ Converged Security and Information Management, or “CSIM” software is a powerful platform capable of collecting and converging data from disparate physical and digital security systems. It works together with Micro Focus’s AI software, which uses machine learning to quickly analyze large amounts of data produced by these various systems, as well as query external data sources around the web to determine correlations that may be critical to enterprise security management. Together, these tools create a more intelligent Security Operations Center (SOC) by increasing the efficiency of human operators and streamlining overall security initiatives.

SEE IT IN ACTION

Join us for a live demo during ISC West. April 10-12th at the Sands Expo, Las Vegas, NV, stop by Booth #34091 to learn more about how Vidsys and Micro Focus are working together to tackle some of the greatest security challenges in the market today. Visit our event page to Schedule a Demo During the Show » 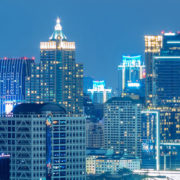 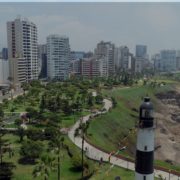 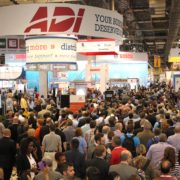 Vidsys President Maurice Singleton Talks Converged Security with The CyberWire...
WordPress Image Lightbox Plugin
We use cookies to offer you a better user experience, analyze site traffic, and store preferences. Read about how we use cookies, your privacy rights, and our data practices in our privacy policy. By using this site you acknowledge our use of cookies. You can manage your cookie preferences by going to cookie settings.Accept
Scroll to top