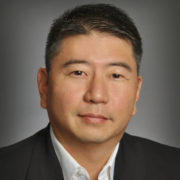 Ted is a founding member of Vidsys and has extensive experience in software, security, system integration, concept of operation automation and AV/IT solutions. Ted has served in various leadership roles at Vidsys and has contributed to the evolution of the Vidsys software platform from its first version to its current release.

Ted delivered the first PSIM project for Vidsys and for more than 20 years has provided subject matter expertise to local, state, and federal government customers as well as private enterprises and international clients.

As VP Strategic Initiatives, Ted works closely with leadership and all cross functional teams to develop and direct the implementation of the company’s strategic plan in support of the company’s vision, short and long-term plans.

Ted graduated from Virginia Polytechnic Institute and State University (Virginia Tech) with a Bachelor’s of Science degree in Business and Economics.