Vidsys was included in the Security Dealer & Integrator Partnership Possibilities highlight feature this month. Check it out here.

Below is an except from Security.World

If we look at another part of the market, we see the earliest conversations about Physical Security Information Management (PSIM) around 2010.

According to Wikipedia, Physical Security Information Management (PSIM) is a category of software that provides a platform and applications created by middleware developers, designed to integrate multiple unconnected security applications and devices and control them through one comprehensive user interface.

We caught up with James Chong, CEO of Vidsys to talk about the convergence of PSIM to Converged Security and Information Management (CSIM) and what that means for customers. Founded in 2005 by James Chong, Vidsys is headquartered in Vienna, Virginia with additional offices in Marlborough, Massachusetts, the Middle East, the United Kingdom, and Brazil.

See the full article on https://security.world/ 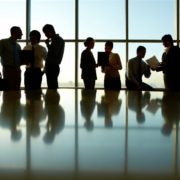 When it comes to communicating during a crisis, timing is everything. The decisions an organization makes from when an incident starts to when law enforcement responds at the scene is crucial. That’s why it’s more important now than ever for organizations to lay the groundwork for an emergency plan that will enable intelligent decision-making if an incident occurs.

A key component of any emergency plan is effective communication and coordination – whether between different departments of a business or different agencies within a city or local government.

Converged Security and Information Management (CSIM) provides a central operations dashboard where decision makers can see their organization’s data in an intelligent way.

CSIM can interpret data from numerous data sources and send actionable insights to key decision-makers. This empowers organizations to minimize the amount of time it takes to sort through data, determine appropriate actions and respond.

Managing Data – CSIM technology brings together a common operating picture of all company and organizational asset data. Based on customized rules and regulations, organizations can set perimeters for what should be flagged as a “risk”. The first warning sign is usually unusual or unexpected activity, whether physically on your organization’s campus or virtually on your IT system. By collecting data from disparate sensors, devices, systems and subsystems, software tools are able to identify patterns that are unusual on any monitoring or sensor device.

Increasing Situational Awareness – Organizations can create a safer environment through the provision of a robust access control system.  The more secure a building is, the longer it will take for an intruder to enter the premises. Building in safeguards such as fewer entry access points, gated access to different parts of a building, RFID and in some cases biometrics, are all steps that building managers and companies should consider.

It’s also important to take a look at your infrastructure – both physical and IT assets – and ensure that the data from these devices is communicating to a central hub to create a 360° picture.

Integrating Systems – CSIM pulls together the video data along with other information from access control systems, sensors, alarms, ID management, GIS, and other data sources to create a holistic sense of situational awareness and provide appropriate actions.

While security sensors and video footage alone can help secure an organization, businesses can leverage powerful technology to integrate their data and receive automated, intelligent information that eliminates the risk of human error and facilitates the security process – saving your organization money, time, and in some cases employee safety.

If you’re interested in learning more about what a CSIM system can do for your business, you can visit our Vidsys CSIM solution page here.

Below is an excerpt from Security Management.

​The city of Houston, Texas, was in a football frenzy during the days leading up to the 2017 Super Bowl showdown between the New England Patriots and Atlanta Falcons at Houston’s NRG Stadium. A nine-day fan festival, pop-up clubs hosting acts such as Bruno Mars and Taylor Swift, National Football League (NFL) and ESPN activities, and other events were scattered throughout the sprawling metropolis, home to 2.2 million people.

Just four months before a million visitors converged on Houston for the festivities, Jack Hanagriff, the infrastructure protection coordinator for Houston’s Office of Public Safety and Homeland Security, was tasked with expanding the city’s surveillance program and implementing a solution that would support emergency communications while overcoming the expected strain on the mobile network.

“Although our system is robust and can handle things normally, when you get a national event coming in, our cell service gets interfered with and then our cameras get hindered by blockages,” Hanagriff explains. Especially tricky was Super Bowl LIVE, the nine-day fan festival held in Discovery Green, a 12-acre urban park, and in five surrounding parking lots. The area is also home to the George R. Brown Convention Center and several hotels, high-rise condominiums, and businesses—all of which contribute to high usage of wireless and mobile networks, even when no events are taking place.

Hanagriff had to figure out how to deploy additional cameras to Discovery Green and other high-traffic areas such as team hotels, pop-up clubs, and the Galleria shopping center, while addressing the network strain that was sure to hinder communication and video feeds during the events.

“In public safety, we’re using other sources of technology beyond the actual emergency radio communications—such as cell phones and field reporting devices and cameras—and it works fine,” Hanagriff explains. “But when you start coming in with a mass of people and commercial carriers putting in their infrastructure and tents, the ecosystem of the venue changes so that our existing permanent solution is not adequate because it may get blocked.”

Hanagriff pulled together a robust team for the task, including vendors, wireless providers, and federal, state, and local players. Axis Communications donated 40 cameras to the cause, Vidsys provided information management middleware, and Siklu’s radios were used to transmit some of the video surveillance. Wireless carrier Verizon had already been working for months to beef up its network capacity in the city, and Hanagriff said it agreed to allow the city to connect its cameras to the fiber network it was laying.​

While NRG Stadium and the Galleria already had robust camera networks established, the city had to prepare Discovery Green and its surrounding parking lots for Super Bowl LIVE, where more than 150,000 people were expected to attend each day.

“We were confident we would get some coverage, but when I saw the footprint of the event…Discovery Green is one thing, but those five additional parking lots? That’s a lot of coverage,” Hanagriff says. “We knew we needed some really big players.”

In the weeks leading up to the kickoff of Super Bowl LIVE, workers spent 480 hours deploying the solution. Several cameras were installed on permanent structures surrounding Discovery Green, but most of the installation occurred in sync with the construction of the Super Bowl LIVE infrastructure.

“As they built the gates and kiosks and stages, we attached the cameras to those structures,” Hanagriff explains. “But even while they were building, they kept moving things, so we kept having to move the cameras. We had to put flyover cables where they didn’t exist—we were literally dropping 3,000-pound flagpoles to attach cables to and run them across the street.”

Fixed cameras were installed at all entry and exit areas, and pan-tilt-zoom cameras were used at every gate to observe the outer perimeter of the festival’s footprint. VIP and high-density areas were also a high priority—Discovery Green’s main stage was expected to draw at least 20,000 people for its major events, such as nightly light shows and a concert by Solange Knowles. Hanagriff said the city worked with intelligence officials to set up cameras in areas where potential threats could be carried out. Cameras were also outfitted with audio sensors that could detect and triangulate gunshots, as well as a sensor that detects an elevated anger response in human speech that often occurs before an argument.

The 40 Axis cameras, as well as 26 of the city’s existing cameras, were brought together under one dashboard through Vidsys middleware and were connected with fiber because of Verizon’s infrastructure buildout. Additionally, the 40 new cameras streamed to the Verizon cloud, allowing for mobile access and redundancy. “If we lost our main system, we could still run the temporary system off the cloud,” Hanagriff explains. “The cloud gave us versatility to bring in mobile applications and partners that did not have access to our existing system.”

Hanagriff wanted to deploy a camera on top of a hotel a block from the Super Bowl LIVE footprint for an all-encompassing view of the festival, but ran into connectivity problems. The fiber did not extend to the hotel, and radio frequencies completely saturated the area, making a wireless network solution impossible. The city ended up working with Siklu to install a millimeter wave radio that used narrow beam technology to transmit the video feed on an unoccupied spectrum…